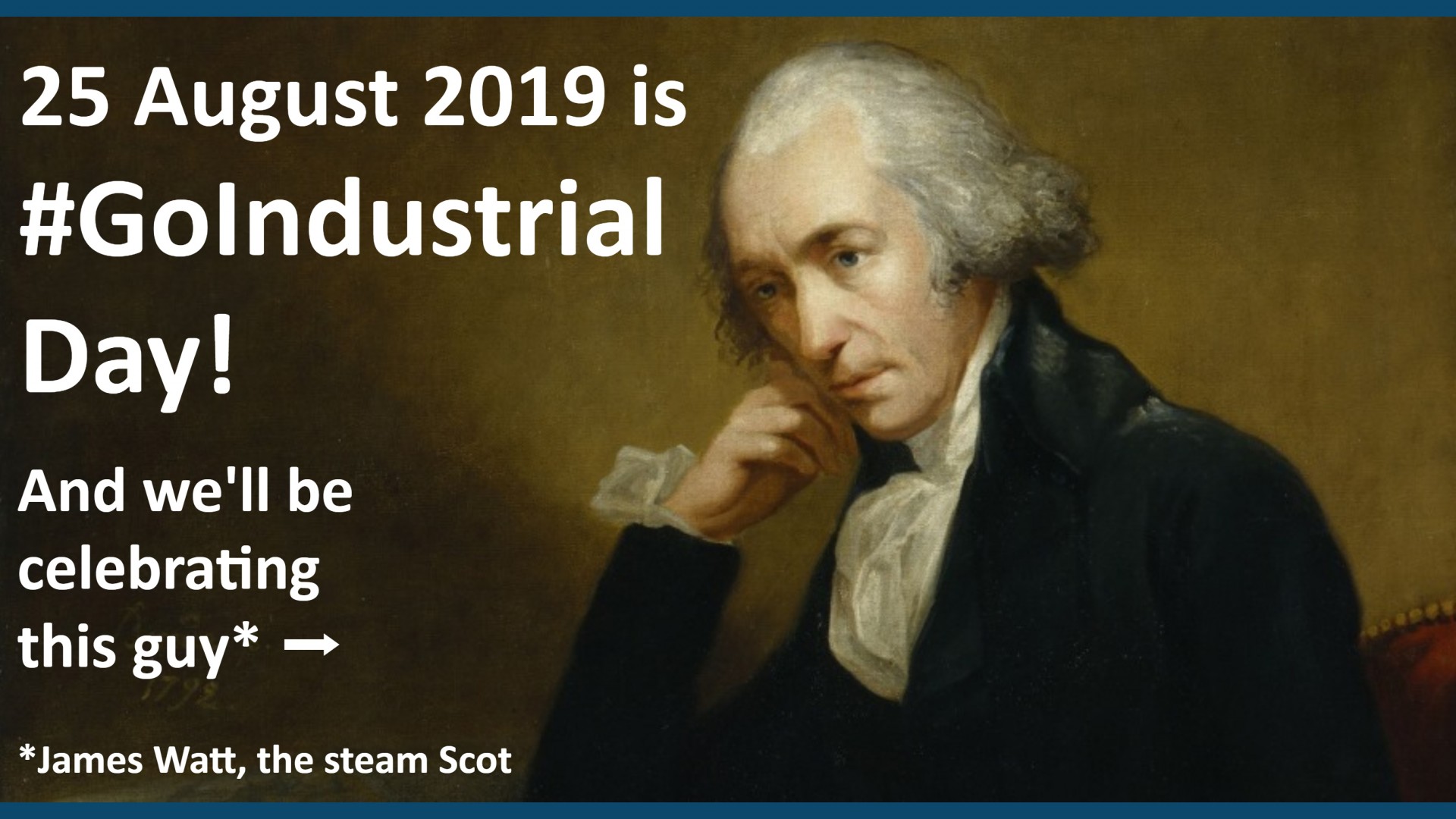 On 25th August 2019 we will celebrate the life of James Watt on our third #GoIndustrial Day.

2019 marks 250 years since the patent of one of James Watt's most famous inventions – the separate condenser – and 200 years since his death on 25th August. It seems fitting that #GoIndustrial should commemorate Watt, whose success was so great that a unit of power was named a Watt in his honour. As well as events in our venues across Scotland, we'll be on social media too - find out more below.

James Watt was a Scottish engineer and inventor who changed the world. Watt’s improvements to the steam engine drove the Industrial Revolution. In 1769 he patented the separate condenser, a method of lessening the consumption of steam in steam engines. The Boulton & Watt steam engine would go on to be a driving force in the industrial revolution.

Find out more about how the Boulton & Watt steam engine worked in this short film from National Museums Scotland.

#GoIndustrial will celebrate the life of James Watt on 25th August!