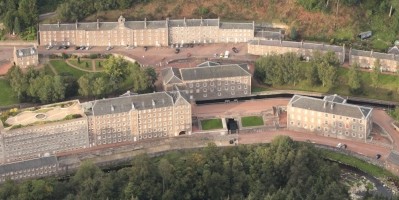 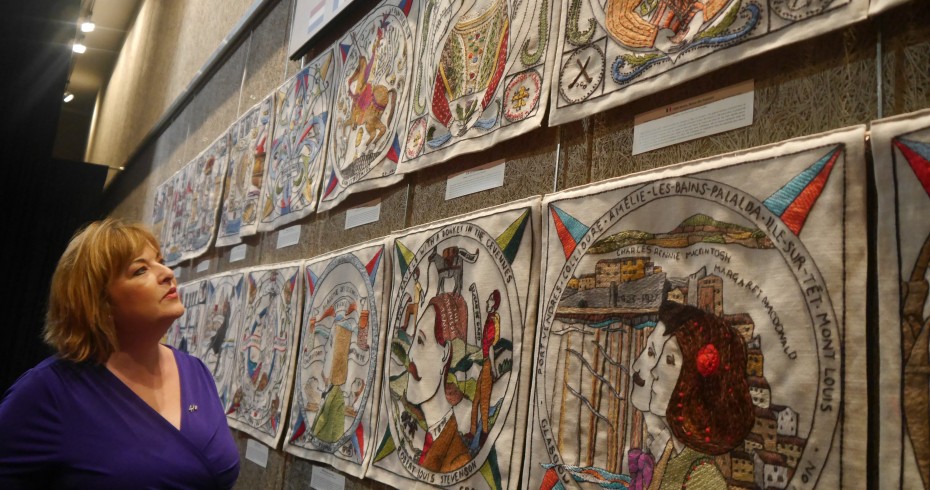 ​Scots have migrated all over the world and have often had a profound impact on the areas where they settled. The Scottish Diaspora Tapestry project brings together stories from such communities, documenting their Scottish connections in 305 embroidered panels.

The complete tapestry will be on display in the Exhibition Gallery at New Lanark World Heritage Site on its way home from a world-wide tour. The Tapestry is a heart-felt homage to the determination, courage and achievement of Scottish migrants and their descendants across the centuries.

The Biggar & District Embroiderers’ Guild began in 1979. It is celebrating its 40th year by exhibiting a variety of embroideries and textiles created by members over the years. This exhibition will also include the embroidery ‘postcards’ created by the Scottish branches of the Embroiderers’ Guild for the 2012 London Olympic Games.

The Scottish Diaspora Tapestry was designed by Andrew Crummy, the artist behind the Great Tapestry of Scotland and Prestonpans Tapestry, both previously exhibited at New Lanark.