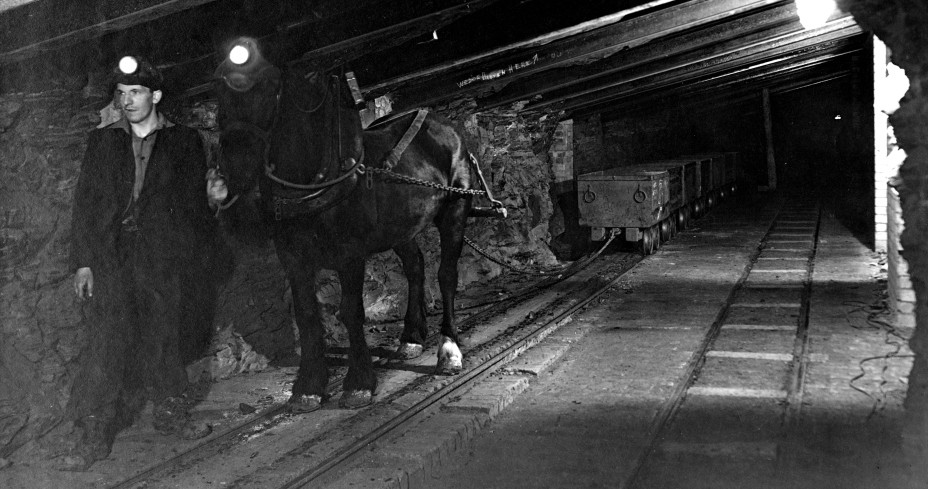 Our latest temporary exhibition, ‘Underground Cuddies’, is focussed on the lives and labours of the horses and ponies that worked in Scotland’s shale mines.

The exhibition explores the relationship between the miners and their four-legged friends, and displays a variety of objects including some of the medals that were won through the mutual respect and co-operation that was formed between human and animal.

When the original theme of this exhibition was devised, we quickly realised that although we had many 2D items, such as certificates and photographs, in our collection which related to the work of the shale ponies, we actually had very few 3D objects.  Certainly not enough to fill our large exhibition case.  We felt this was a crucial story that had to be told and, as such, set about the task of tracking down some items that could be included in our exhibition.

Being part of Go Industrial we already had close, established connections to other collections that would possibly have items of a similar nature – and so the search for objects and conversations with relevant museums began.

We reached out to two of our fellow members, Summerlee Museum of Scottish Industrial Life in Coatbridge, who have strong links with the Lanarkshire coal and steel industries, and also the National Mining Museum Scotland (NMMS), who are again more focussed on collieries.  Although any possible items would be from a coal mining background, we felt that the link between the two mining industries was an important element to explore in the exhibition. 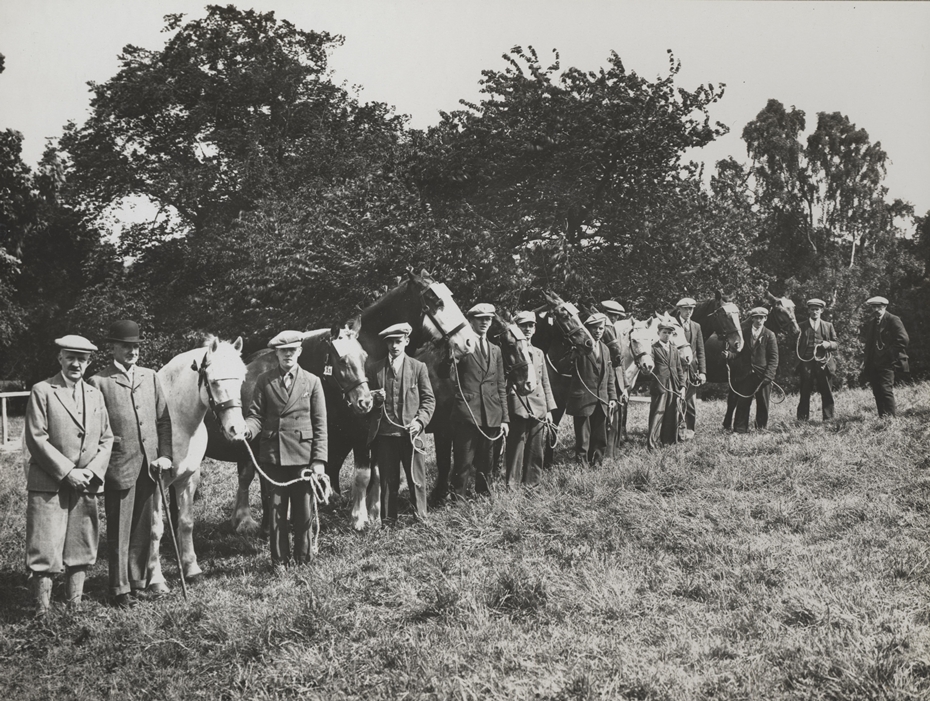 The curator at Summerlee was very accommodating but was unable to find any relevant items that would have worked for both our theme and would have fitted in the case – so our search in Lanarkshire quickly ground to a halt.  After chatting with the Keeper and Assistant Curator at NMMS about our theme and the story we hoped to tell, they were able to share with us some images of pit pony objects that they had in their store and, BONUS, were willing to loan to us for the duration of the exhibition.  A quick trip over to Newtongrange was organised and the items were safely packed up and transported over to Almond Valley allowing us to add a pony’s head gear, small horse shoe, and humane pony killer to our exhibition object list.  These objects provided an insight into both the working life of these animals as well as the fate that awaited many of them.

We also loaned an item from another close working partnership with West Lothian Council’s Museums Service; a silver medal.  This object highlights the changes to the working conditions of the pit ponies via the 1911 Coal Mines Act, also known as the Pit Pony’s Charter.  This act introduced new conditions to improve the welfare of the animals and protect them against harsh treatment.

All of these objects now take pride of place in our temporary exhibition alongside items from our own Recognised collection, and are brought to life through interactives to engage visitors during their visit. 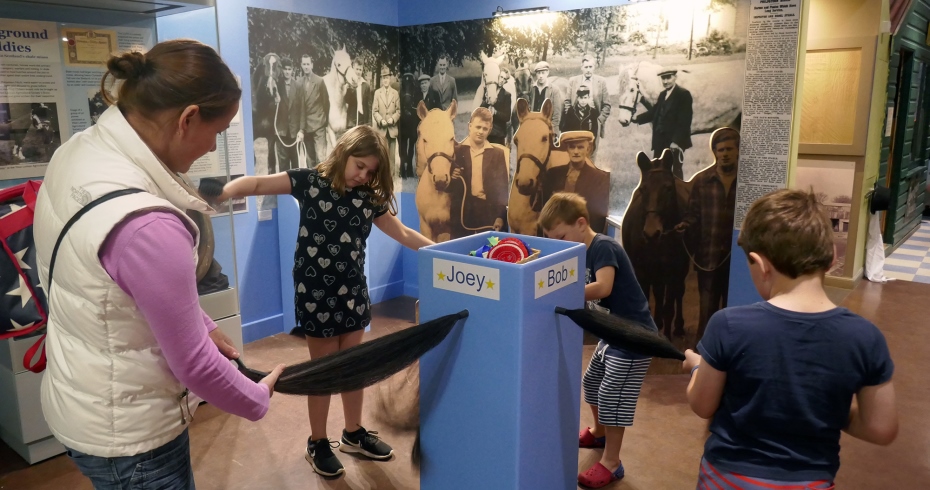 Images: (top) Philpstoun No. 1 mine and shows a horse at work pulling a train of shale tubs, c1930-1959; (middle) a group of pit ponies exhibited at the West Lothian Agricultural Society's Show in June 1929; (top) family activity at the exhibition.