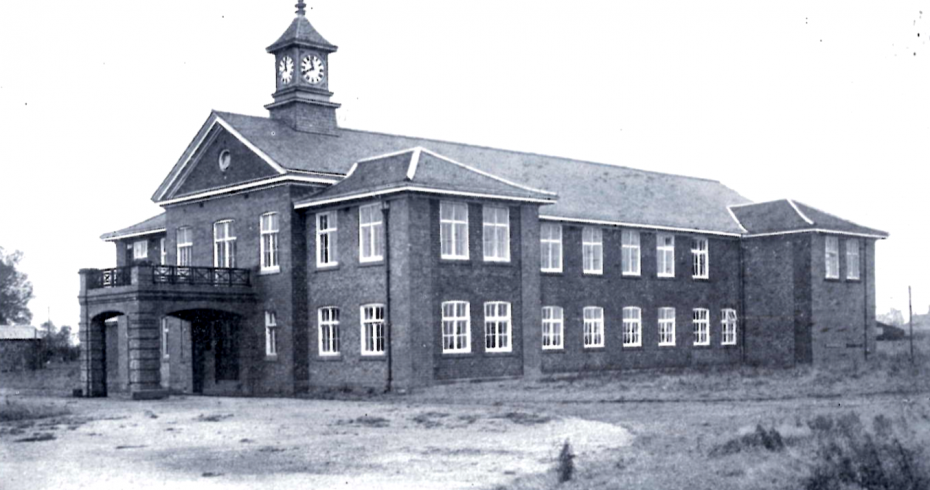 “We held a short unveiling ceremony on November 11th, a fitting date for the re-display of an object from World War One.” said Judith Hewitt, Museum Manager.  “We also streamed it live online as so few people could be present in these times of COVID.”

This impressive time piece used to set on top of Mossband House.  “Many people may remember the clock, it was quite a local landmark” said Judith Hewitt, Museum Manager.  “They may not have realised that this clock and building were constructed during World War One.” 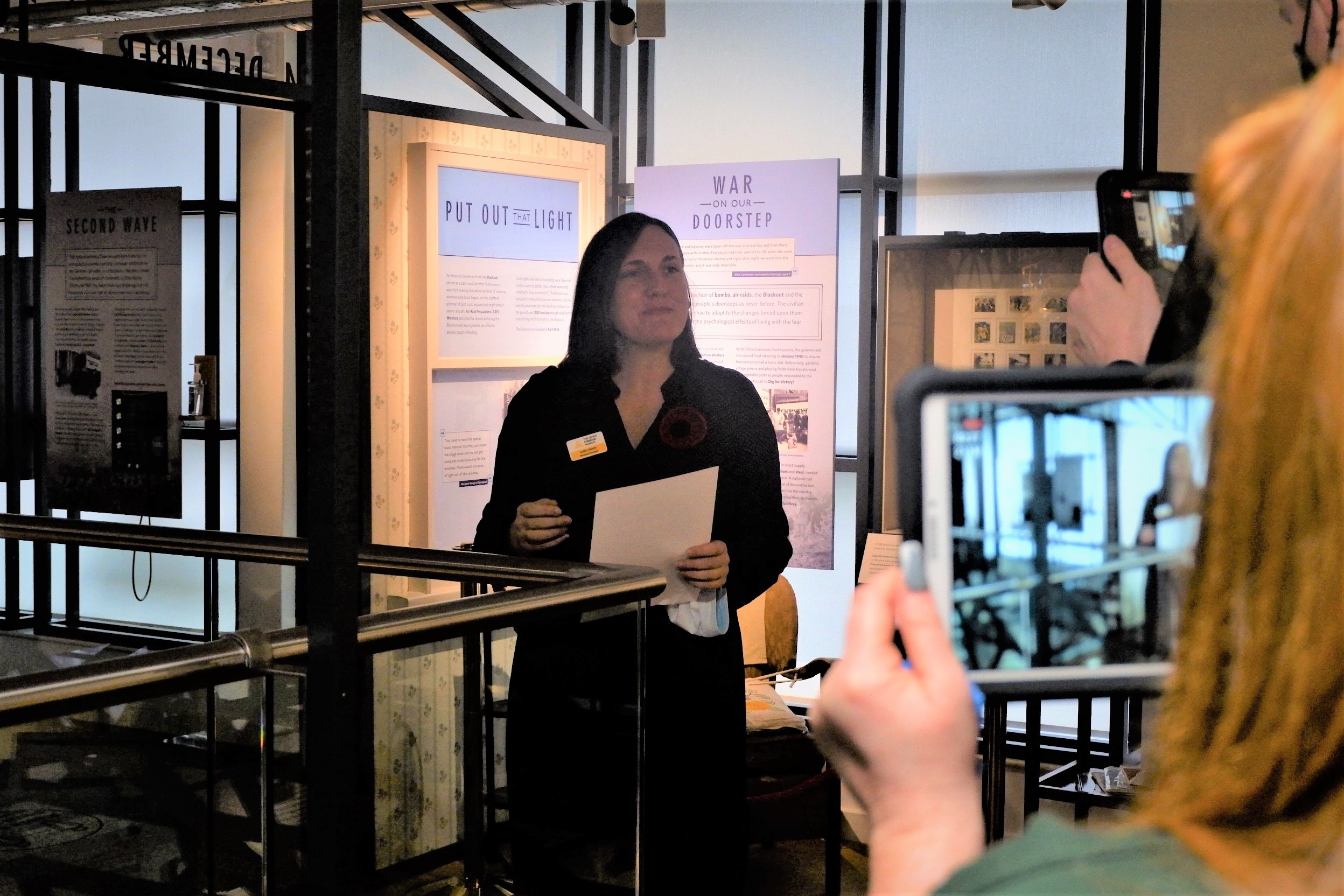 Mossband House was originally the Central HQ for HM Factory Gretna, the greatest factory on earth in World War One.  “There were 29 phone lines in this building so you can imagine what a hub of activity it must have been from 1916 onwards” continued Judith.  30,000 people worked at the Factory including 12,000 women.  “Their work was difficult and dangerous but it helped to turn the tide of the War” said Judith.  “Their work was covered by the Official Secret’s Act but we at The Devil’s Porridge Museum think that their work has been kept secret for long enough.  We exist to help share their stories, to remember what happened and explore how our region was transformed by War.  We’re so pleased to have this object on display as it comes from the English side of the Factory and shows to our visitors that HM Factory Gretna was an Anglo-Scottish endeavour.”

Chairman of the Museum, Richard Brodie said, "We were pleased to have two guests of honour at the unveiling; Charlie Thorburn who worked at CAD Longtown and persuaded the managers that the workings of the important timepiece would be better at the Devil's Porridge Museum than lying in a shed forgotten and at risk of being broken up; the other was Rene Anderson who had been Secretary of the Friends of Annandale and Eskdale Museums which donated £10,000 to the restoration of the Clock. Without their contribution, this project would not have happened!" 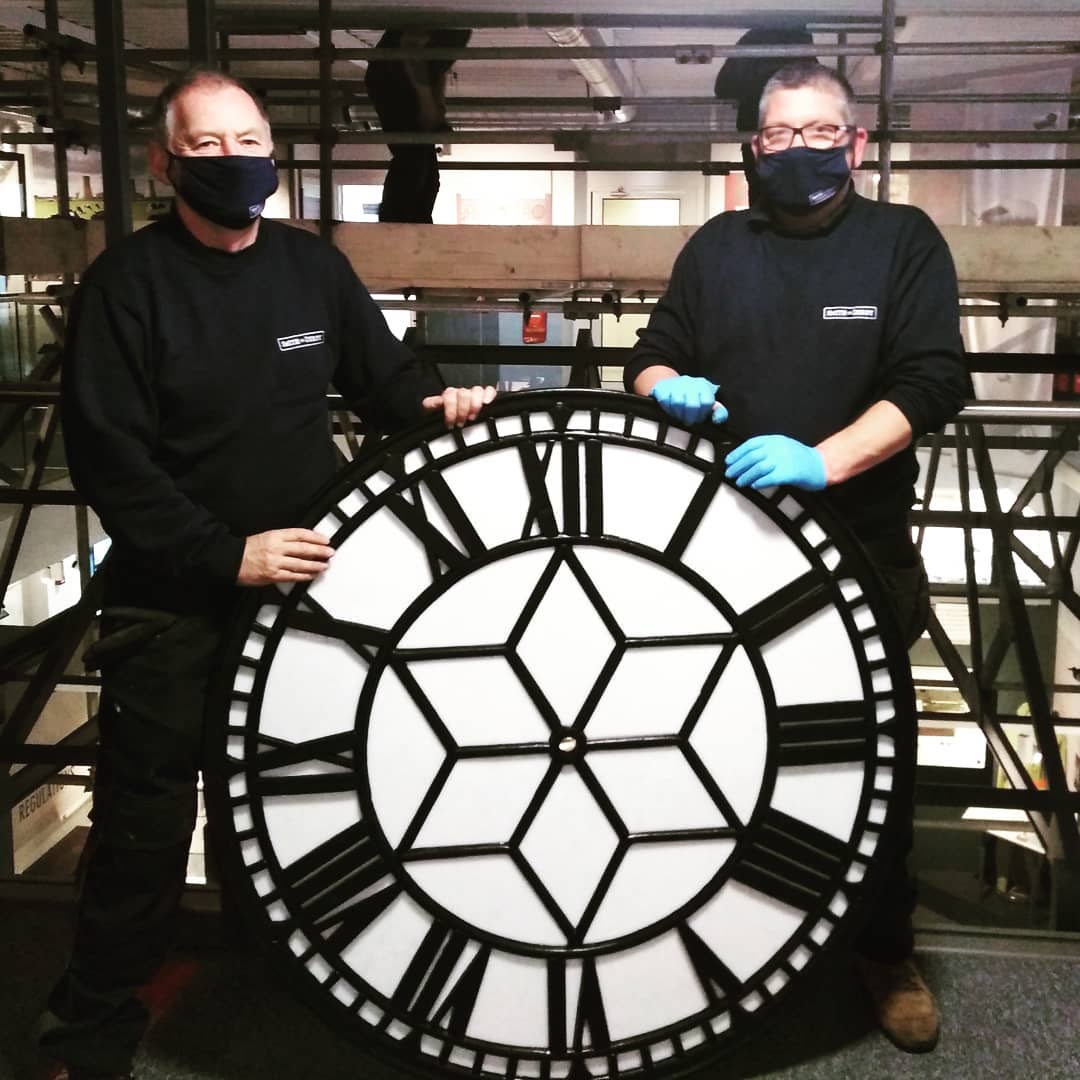 The clock was restored by the same clockmakers who built it 104 years ago (Smith of Derby) and with the help of Museums Galleries Scotland, the Association of Independent Museums and The Friends of Annandale and Eskdale Museums.

The Devil’s Porridge Museum is open daily from 10am to 4pm until November 29th. Booking can be made on our website. 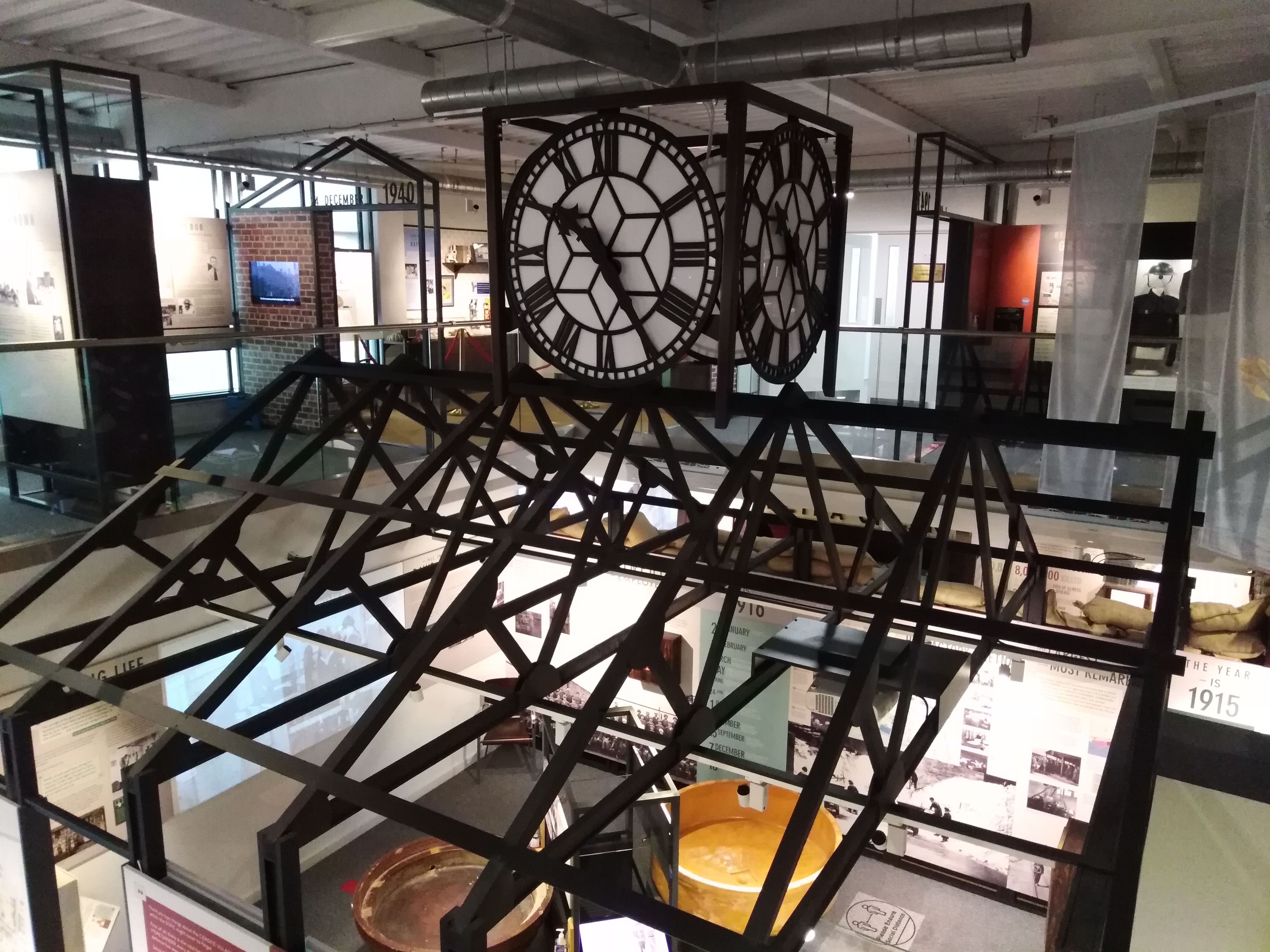 Images from top: historic image of the Mossband Clock in situ; Museum Manager Judith delivering speech via Facebook Live; the clock was restored by the same company that made it 104 years ago; the clock on display in the museum.