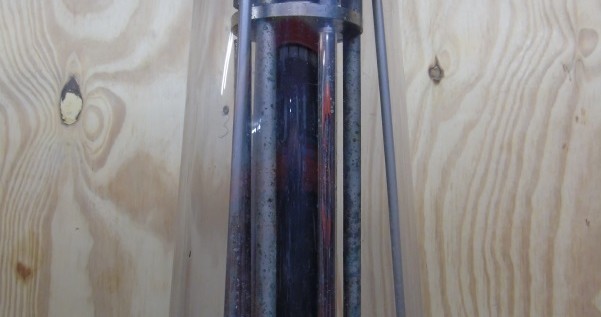 The age of the light keeper came to an end in 1998 in Scotland when Fair Isle South was the last Scottish lighthouse to be automated. Automation meant that lighthouses could turn themselves on and off so there was no need for keepers to do that job.

Although we think of automation as being a modern thing, it was actually Gustaf Dalén who set lighthouses on the path of automation in the early 20th century.

Dalén was born on 30th November 1869 and grew up on a dairy farm where some of his early inventions included a threshing machine powered by an old spinning wheel and a device to test the quality of milk. He later studied engineering in Gothenburg and later on became managing director of AGA in 1909.

Here he experimented with different inventions to improve lighthouse illuminants. One of Dalén’s most famous creations was the sun valve, which we have several examples of in our museum’s collection.

The sun valve was one of the earliest tools in lighthouse automation. It consisted of a large black metal rod, surrounded by three polished metal rods, enclosed in a glass tube. The black rod in the centre would absorb more heat than the others and would therefore expand in the sun. This would then cut off the gas supply during the day, which in turn would switch the lighthouse light off. After the sun set, the black rod would cool down and open the gas again, thus turning the light on.

Dalén won the Nobel Prize for Physics in 1912 due to his invention of the sun valve. However he was unable to collect his award in person because earlier that year he had been blinded due to a sudden gas explosion during one of his experiments. He sacrificed his own safety in the name scientific discovery.

Despite being blind Dalén continued his inventions, including the AGA cooker in 1922 that many people have in their homes today. However Dalén’s main legacy is that his innovations made lighthouses more efficient and helped bring the service into the modern age.