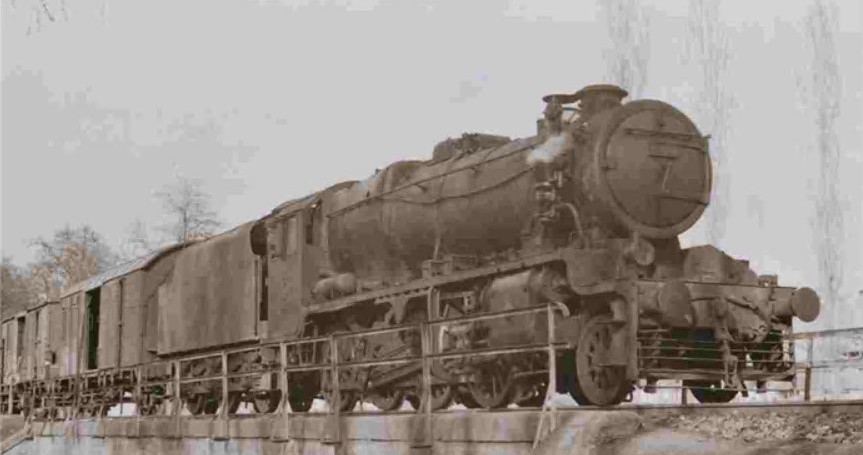 How did a Scottish steam locomotive end up in Turkey? It seems to be a story worthy of Jules Verne (Around the World in 80 Days). So, let’s explore the incredible journey of our 8F steam locomotive from Scotland to Turkey.

Before our epic journey starts we need to go back to before the outbreak of hostilities in the Second World War. In September 1939 the War Department had drawn up plans to requisition a large number of heavy freight locomotives from the London North Eastern Railway (LNER).  It was quickly realised that depleting the LNER of in excess of 300 locomotives would have had a detrimental effect on the ability to move large quantities of freight in eastern England.  The War Department quickly considered other options and the Stanier Class 8F was chosen as the War Department’s standard heavy goods locomotive. It’s important to remember that the movement of freight was an important part of the war effort, from moving ammunition to general supplies around the country.

Life for our Stanier 8F was about to change. In March 1940 a high level decision was taken to send some of these locomotives to Turkey to appease the Turkish government over a cancelled pre-war order for 2-10-0 locomotives.  Turkey was neutral during WWII and the Germans were trying to influence the Turkish government to support the Axis powers.  Britain and its Allies wanted to maintain good relations with Turkey, particularly should the need arise to establish supply lines through the country.  These factors clearly influenced the British decision to transfer a number of War department 8Fs to the Turkish State Railways (TCDD).

A total of 17 locomotives were despatched by sea in the first half of 1941 but 7 were lost when the ships transporting them round Africa were sunk as a result of a combination of collision loss whilst in a convoy and enemy action.  The longer route to Turkey was used because the Mediterranean, east of Malta was effectively closed to British traffic being under the control of the Germans and their allies.  Two more locomotives were despatched in March 1942.

The journey for these locomotives was long and hazardous in order to reach their transhipment destination in Egypt.  This included transiting the Suez Canal to reach Port Said where the locomotives were unloaded for their journey overland through Palestine and Syria where they were to be handed over to the Turkish Railways at the border crossing with the Syrian State Railways. Our 8F made the arduous journey over sea, across Palestine and Syria, finally arriving in Turkey. On its arrival it was numbered Turkish State Railways No. 45170.

Our 8F was used to pull goods trains for the remainder of the war and for a number of years later.  Over those years Turkish State Railways (TCDD) modified the locomotives, in many cases standard TCDD components were fitted to make maintenance easier, which was particularly important. Some of the locomotives were allocated to subsidiary depots where repair facilities were minimal and so easier maintenance was critical.

8F No.45170 was used for heavy freight traffic until 1986 by the Turkish State Railways and then stored in desert conditions. What was to be the fate for this locomotive? It soon became known in heritage railway circles, that a steam locomotive, built in Scotland, had become available to be sold to a good home after spending most of its working life in Turkey. The Scottish Railway Preservation Society heard about this interesting locomotive and decided to acquire it. The locomotive made its way back to Scotland in 2014, on a much shorter journey than before.

So what is the future of 45170? The locomotive is currently being restored by a team of dedicated volunteers at Bo’ness. With the plan to restore the locomotive to working use and run on the Bo’ness & Kinneil Railway. While, 45170 is being restored you can visit our intrepid explorer in the Museum of Scottish Railways. The locomotive has been named in Bo’ness after the late Sir William McAlpine, much respected President of the Society.

There is still work to be done and we are raising money to help with the restoration. If you would like to see our 8F in steam again, please help us by donating to the project. 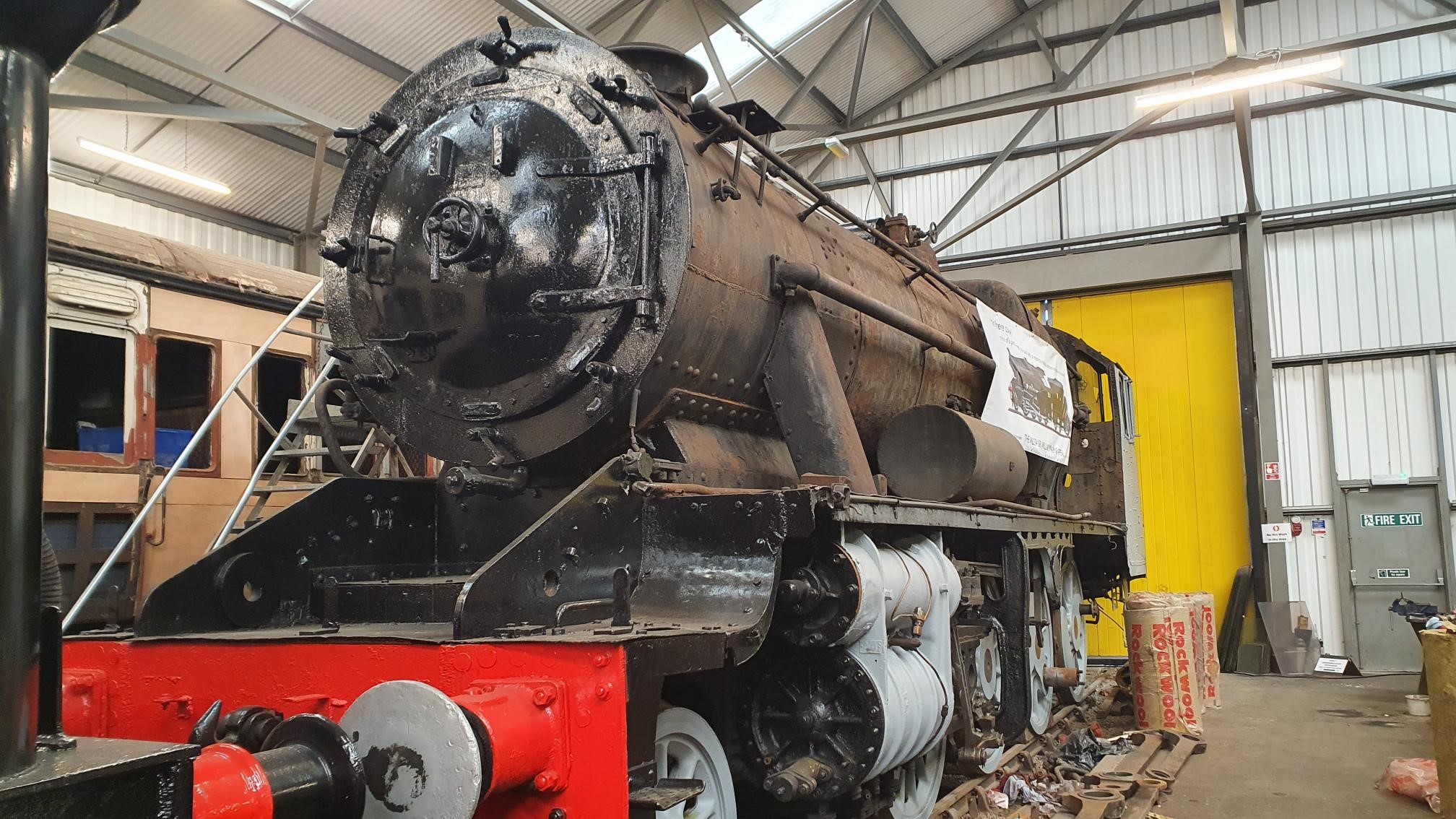