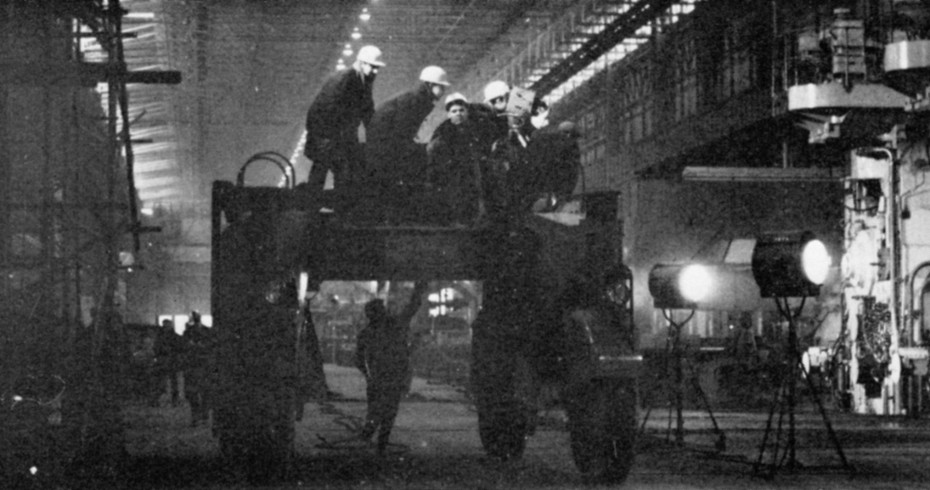 In 1962 a young Scottish filmmaker called Laurence Henson was asked to make a documentary about a new steelmaking facility at the vast Ravenscraig Works in Motherwell. It would go on to become the defining document of the industry in Scotland, winning three international awards.

Last year I invited Mr Henson back to Motherwell for the first time in over 50 years to share his memories of the making of ‘The Big Mill’ as part of an exhibition and ongoing oral history project.

The film was commissioned by the steel maker Colvilles to celebrate the completion of the largest strip mill in Europe, the ‘Big Mill’ of the title.

The rolling mill itself was spectacular in scale. Housed in a building nearly 300 metres long its job was to turn 7.5m long slabs of steel into strips up to 1,200m long, by which time the steel was travelling at nearly 30 miles an hour. Most of the strip steel (500,000 tons a year) was then turned into sheets in a new cold reduction mill at Gartcosh, ready for use in everything from cars and trains to kitchens.

For Laurence Henson, one of the challenges of directing in a working steelworks was that all of the lighting and other equipment had to be taken down at the end of each filming session. Capturing the scale of the steelworks using long takes and tracking shots needed as many as 30 big lights at a time. Speaking to my colleague Jenny Noble last year for our oral history archive, Henson recalled “what I wanted here was to show that the process in the…  ‘big mill’... was continuous… and not to achieve that by cuts, but to try and get as long takes as possible, which meant huge lighting set ups”.

A camera was mounted on a tall truck for tracking shots of the steel going through the mill. At the end of each take the truck had to stop from 20 mph within 2 metres which was not fun for the cameraman, Eddie McConnell.

The film opens with a four year old boy opening the gates to the Ravenscraig Works, symbolising a new beginning for the steel industry in Scotland and giving the story a human element. This was not set up: “He was the son of friends”, Henson recalled, “and they’d told me about what little Mark was up to [opening the gates for lorries], and I had a look at that and thought, That would be something nice to have, so I filmed him in action”.

In the middle section of the film the narrator’s voice gives way to that of a steelworker: ‘they call it the bath’ he says over subtly slowed-down footage of bubbling molten steel that, with equally extraordinary use of sound achieves an almost hallucinatory effect. Those sounds, incidentally were not synched to the picture because of the cost, so noises recorded in the works (“wild sound”) were used to artistic effect in the editing process.

No wonder then that while filming only took three weeks the whole process of making the film lasted in the order of six months. Henson was determined to make the best film possible, spurred on by seeing an earlier documentary on steelmaking in Wales, ‘The First Four Years’ (1951): “they had a short sequence in a strip mill... and I thought, Well, for Scotland’s sake I’m going to have to beat that!” 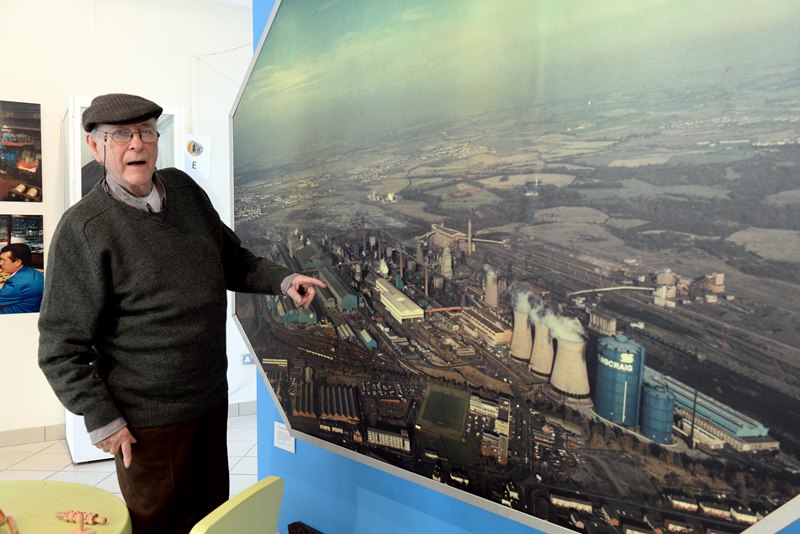 CultureNL are recording memories of working life in North Lanarkshire through oral history. If you would like to record an interview or volunteer as an interviewer please contact WeirC@culturenl.co.uk. You can see objects from Ravenscraig in our collection at both North Lanarkshire Heritage Centre in Motherwell and Summerlee Museum in Coatbridge, as well as on loan at the National Museum of Scotland. ‘The Big Mill’ is available to view on the National Library of Scotland Moving Image Archive website