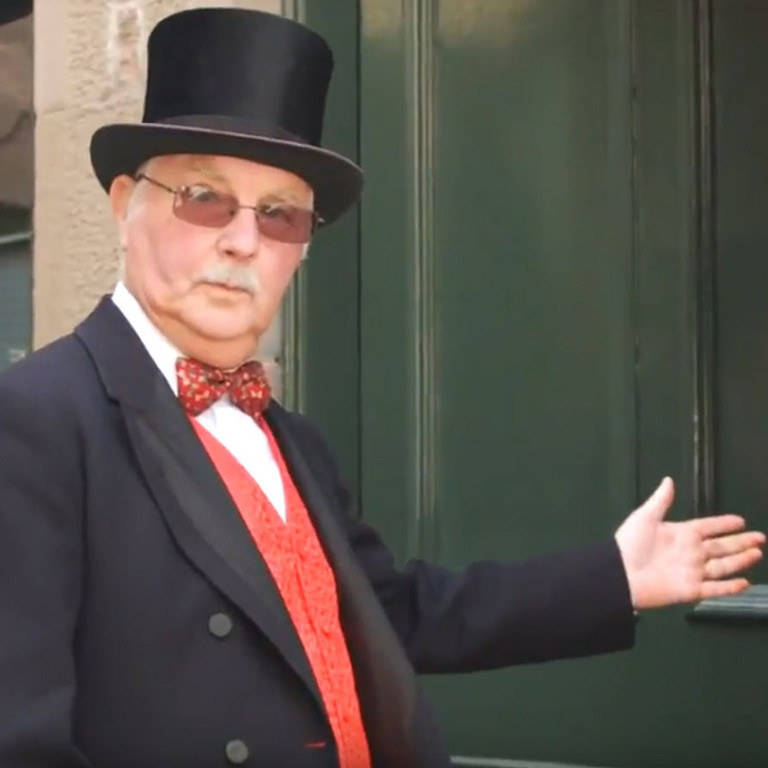 Earl Scott has been an enthusiastic and entertaining volunteer with Verdant Works and Discovery Point in Dundee for over 20 years.

A better suited volunteer for these museums could be hard to find. Earl worked for Scott and Son (which was later to become Scott and Robertson) for over 40 years enjoying a career in the Jute and textiles industry. Earl joined Scott and Son in 1954 as an office boy and went onto become Group Cashier retiring in 1993. For over 50 years Earl performed and sang in a number of musicals perfecting his skills as an actor and entertainer.

Passionate about history and jute, Earl’s loves the 1893 office at Verdant Works which closely replicates the office of his first job at Scott and Son. This, and the Boulton and Watt steam engine exhibit are firm favourites.

At 77 years old Earl is a busy chap! In between volunteering Earl runs the Dundee West End walking club, spends his summer weekends in the garden and loves catching up with his 2 children and 3 grandchildren.