Margaret Maxwell's petition: praying that the torture of women by forcible feeding in prison may be stopped

On 9th July 1914 King George V, Queen Mary and their retinue visited a number of towns in Central Scotland, including Airdrie. At Airdrie Cross they attended a ceremonial presentation in a pavilion erected in front of the Royal Hotel. As their motorcade was drawing away from this event a Suffragette named Margaret Maxwell threw a petition into the Royal car. 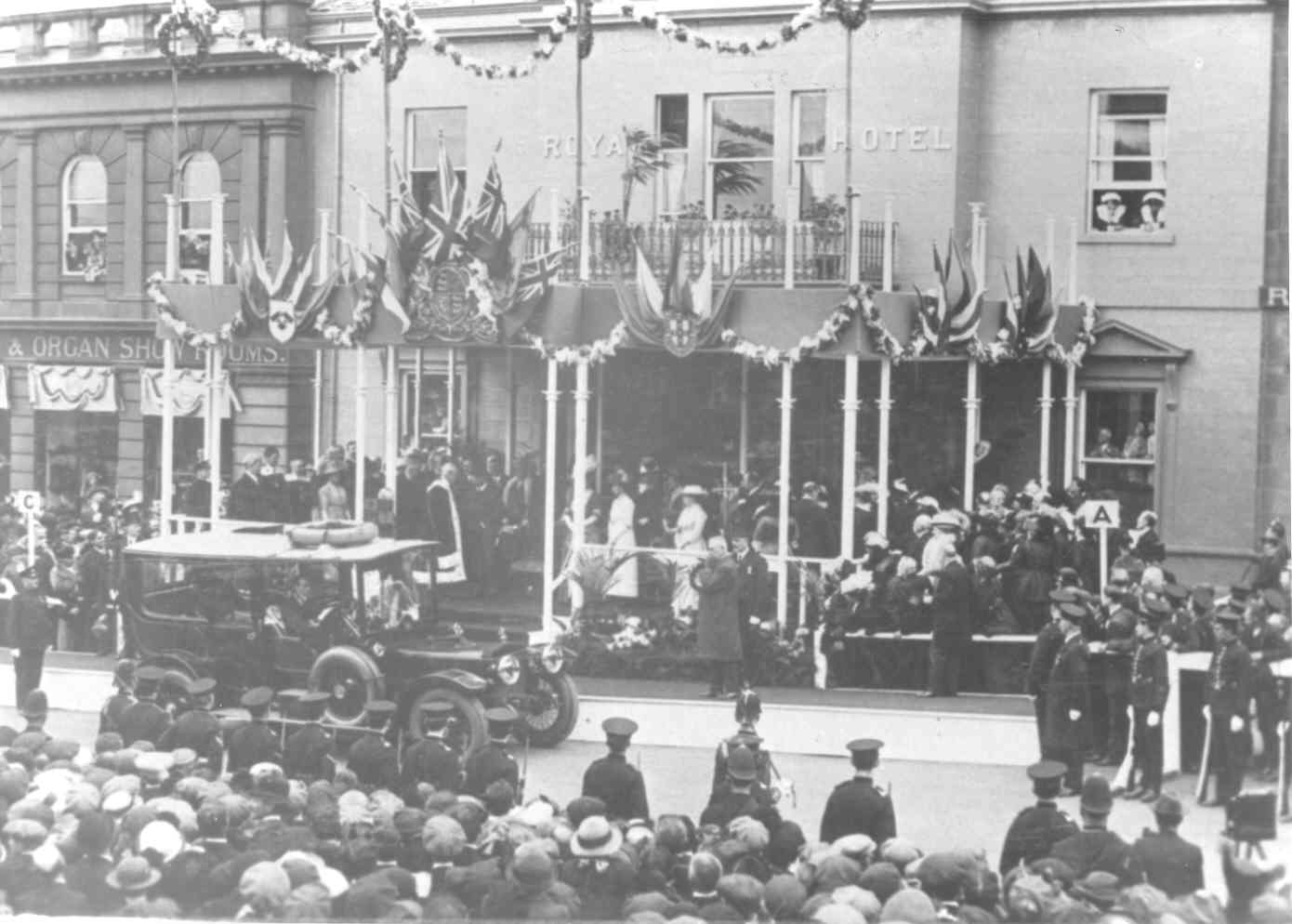 The incident was reported as just one small paragraph out of one and a half broadsheet pages of reporting of the visit, which was the first ever Royal visit to the town. 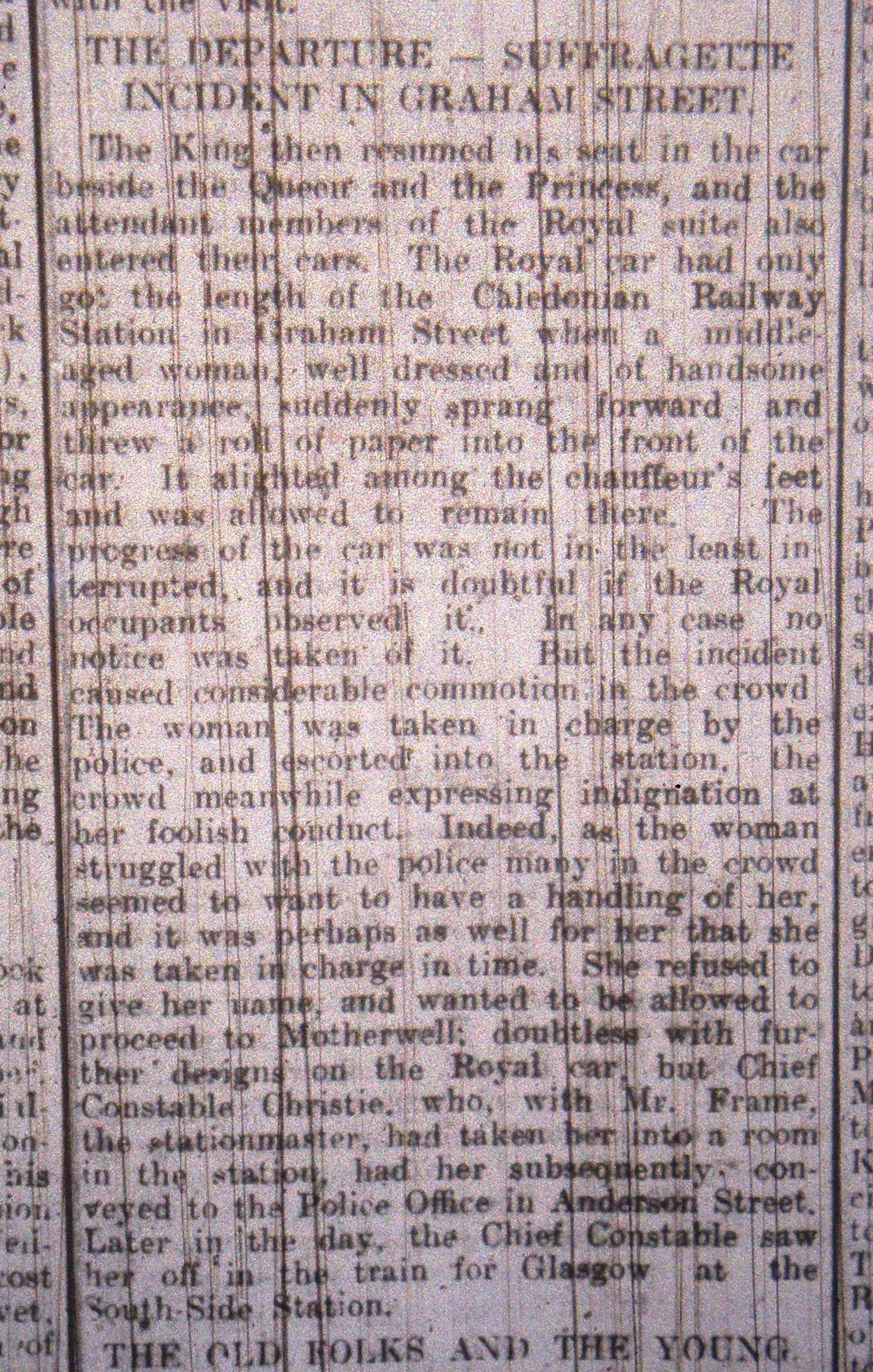 From the newspaper report you may get the idea that the petition was a rolled up piece of paper. Actually the petition is in the form of a folded, typescript legal document of the period. You will notice that it has a handwritten explanatory note on the cover:

"Note On the occasion of the visit of King George & Queen Mary to Airdrie in 1914 this document was thrown into their Majesties' carriage as they drove through the town. The police seized it and Chief Constable Christie handed it to me as a historical souvenir of the occasion.  James Knox."

Hon. Sheriff Substitute James Knox was the Manager of the Airdrie Savings Bank, an ex-Provost of Airdrie and a keen historian of the town. His papers were donated to Airdire Library in the 1950s. The petition is now on permanent display at Summerlee Museum.

The Caledonian Railway Station mentioned in the article was where the W.H. Smith shop is now situated. 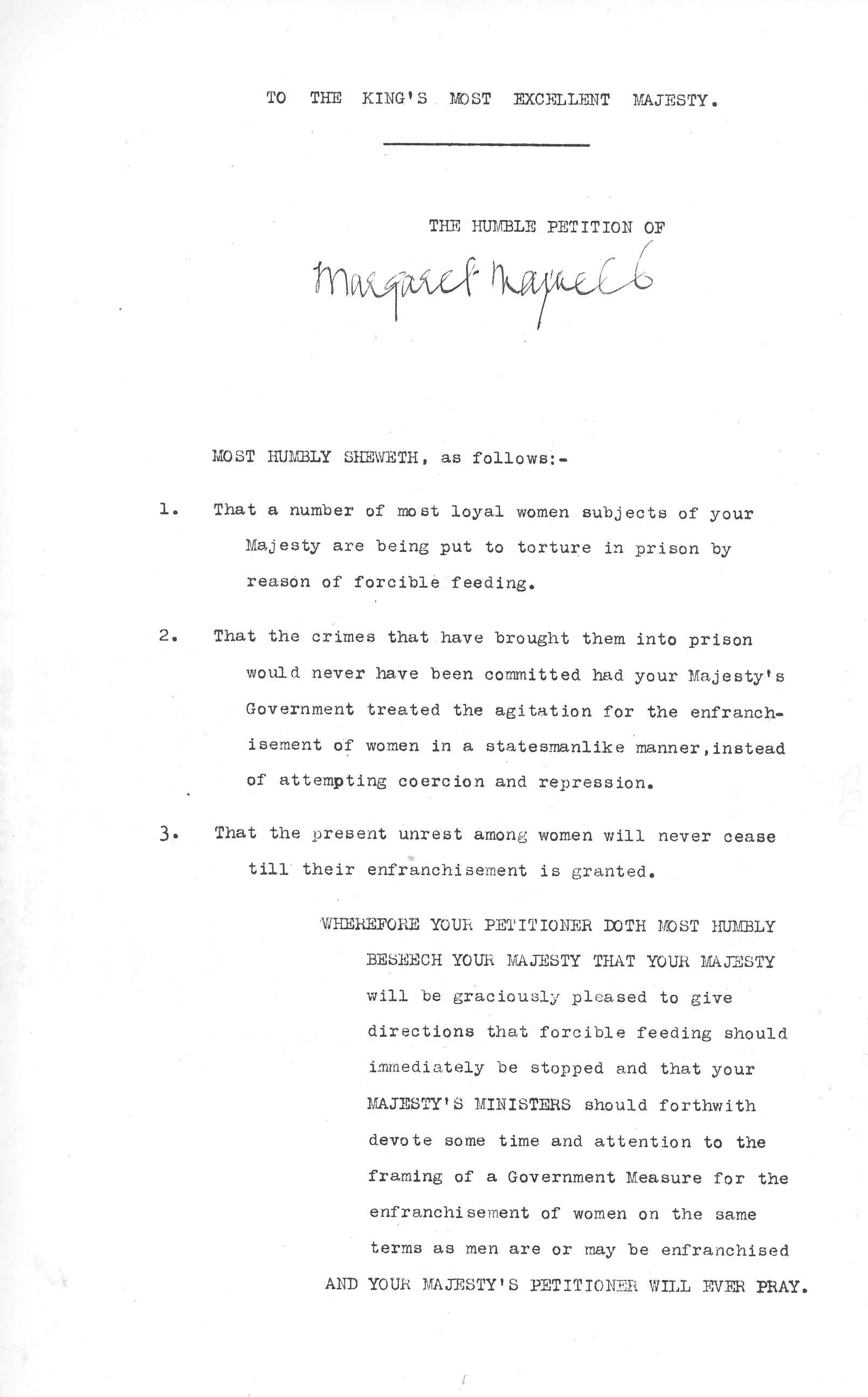